Beginning a new job can be interesting in any profession. But for a cook straight out of culinary school starting out in a three star michelin restaurant in Manhattan, it is both nerve wrecking and ethereal. 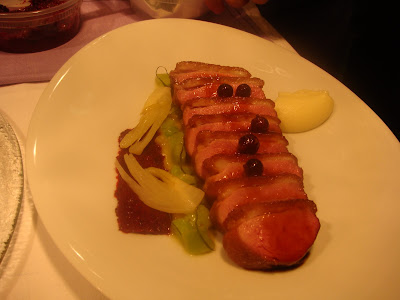 First, let's get some things straight. A three star rating from the Michelin guide is the pinnacle of achievements for any chef or restaurant owner--it's like getting a Nobel Prize except you have to work your ass off to keep the three stars every year. There are only 4 three star restaurants in Manhattan! (I cannot reveal the name of this restaurant due to confidentiality issues but hey, at least I narrowed it down for you). This is a restaurant that has cookbooks to its name, just to give you an idea of its fame and stature. It's also quite cool for the cooks who prepare this three star food. Restaurants such as this are considered to not just be great resume builders for these passionate soon-to-be chefs but also learning grounds that eventually influence their cooking styles.


I expected a lot from the job I was about to take on. I still think I had every right to. This was among the top 5 restaurants in America. However, as the weeks passed by, I began to realize that even the near perfect restaurants have their share of imperfections--they are just better at hiding them.
Posted by ChefTZac at 9:05 PM