You're dining at that fancy restaurant you've been dying to visit for months. The meal is fabulous and that time at the end of the meal is upon you, that dreaded time when your waiter places the black folder where your plate once sat.

Inside lies the bill for everything you've consumed so abashedly. The total is higher than you expected it to be (strangely enough, it almost always is) and you instantly scan it for monetary errors, or the thieving work of a cunning, money-hungry waiter; you fail to find either. Instead you notice, in fine print at the bottom, the 10 % service charge levied to you as restaurant policy.

"Excuse me, waiter. Can I see the menu again, please?" Maybe the menu doesn't state the mandatory service charge and you can get away with an 'I didn't know it was there' line. Damn it! There it is, in fine print again.


10 % Service Charge Applicable
It haunts you like the supersonic warnings at the end of insurance and medical advertisements on television that if listened to closely enough would stop anyone from buying the product. If only you'd paid more attention, you wonder. Too late now.


You've now been dining in good restaurants often enough to know that the waiters expect a tip above and beyond the service charge. And that if you ever want to show your disdained face at this establishment again, you'd better tip. You better tip well. 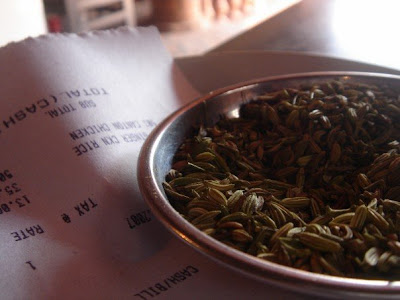 I, for one, am against the idea of  tipping by default. The awkwardness brought about at the end of the meal over having to pay the tip and how much to pay almost ruins the meal that precedes it in a way. Like Mr. Pink (Steve Buscemi) states in the opening scene of the movie 'Reservoir Dogs',


"If they really put forth the effort, I'll give 'em something extra. But this tipping automatically, it's for the birds. As far as I'm concerned, they're just doin' their job."

Well, I wouldn't go to the extreme of not tipping at all unless the service is really bad. However, the only thing that puts me off more than having to tip out of obligation is the fact that most waiters expect it, or rather demand it with their scornful eyes and looks of disdain. They seem to believe that there are two kinds of people, those who tip well and those who don't. And they will remember a good tip, and a bad one even more.

So here are a few tips on tipping for all you uninformed diners out there, pun intended.

How much should you tip? In reality, this figure is completely up to you. But society, the imaginary waiters' society that is, expects at least 10 % of the total bill. This percentage goes up as the quality of the restaurant does.

While you could get away with 5 % in a coffee shop (and sometimes even no tip at all), mid-level tablecloth restaurants with uniformed waiters will cost you 10 to 15 % if you're playing by their make-believe decrees on tipping. In fine dining restaurants and five star hotels, you're sure to be considered cheap if you tip less than 15 to 20 %.

It also depends on the 'urbanness' of the city you're in. The average expected tip in most restaurants in New York City is 20 % while waiters in even fine dining restaurants in Bangalore will be quite content with 10 %.

If you're tipping in cash, make sure you don't leave any lose change. Waiters are terribly offended by it. What's bizarre is that they don't mind it if it's on a credit card receipt. Yes, they are an unusually odd lot. On the other hand, if you're the victim of bad service, I suggest that you make sure to leave only lose change as tips.  Like I said, they are terribly offended by it.

Know that the kitchen staff who are doing most of the hard work in making your meal memorable hardly see any part of the tips and service charge you pay. Cooks work almost twice as many hours as waiters do and usually get make less than half the money once tips are added up. It's a sad state of affairs but a few humane restaurant owners and chefs have now started working on changing the system and have the cooks and other back-of-the-house staff see some part of this huge pool of money.

Do not leave a tip if you're in a group and you're not the host of the party. It is widely considered to be bad etiquette. This also includes not tipping bar staff at weddings, a practice many are often guilty of.

You don't have to be scared of waiters spitting in your food if you don't tip well. It almost never happens. What you should be wary of are those scornful eyes. Because they hurt. Bad.

While deciding how much to tip, also consider the fact that most employers pay staff their salary with the expectation that tips will make up the difference. This is also why a few of them add the mandatory service charge to the bill.

The tipping practice most likely originated to make sure good service was ensured to the customer.  And therein lies the biggest irony of tipping. The service is rendered before the tip is paid and therefore waiters are forced to provide quality service in the hope of earning a good tip. The tip which is supposed to be the motivator is actually not. It is the expectation of the tip that actually motivates the waiter. This is exactly why tipping as a concept has worked so well over the years. Imagine if the tip were paid before the start of the meal!

Whether you want to tip or not is entirely a personal choice but be prepared to face the consequences if you don't. How much you tip also has substantial mathematical implications on your bank balance if you eat out a lot. So it's good to have your own set of ground rules when it comes to paying that little extra. Of course, feel free to break these same rules on occasions when you have extreme dining experiences. A waiter who ruined your night deserves only loose change. But if he did an exceptional job, I suggest you go all out.