As I walk back into the kitchen after a catastrophic argument with a guest, I wonder once again if chefs are paid enough for the shit they have to deal with on a daily basis. Has 'handling idiotic requests and dealing with crazies' always been a part of our collective job descriptions? 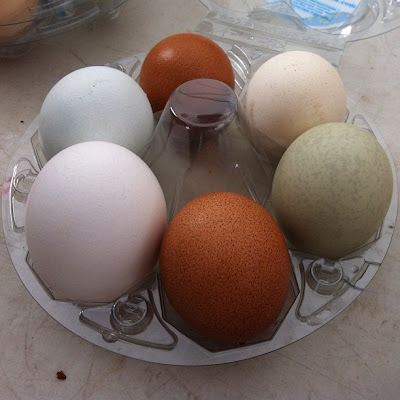 The crazies in question this time were a trio of 40-something year old men standing at the bar. They had ordered the Pork Souvlaki but after a few bites were convinced that it was chicken. They brought up their issue with the bartender who was stumped trying to explain that it was in fact pork and not poultry.

Strangely enough, the men order another portion of the same dish (they must have liked it anyway or were attempting to prove some dumb point). A few minutes after the second skewer of pork left the kitchen, the bartender stumbles into the kitchen looking a bit ruffled. Tempers had been raised in his domain and he was clueless about how to handle them. I couldn't blame him. How do you actually convince someone of something so bloody obvious?

I decide  that it's my turn to try and put out the fire. I make my way to the bar with the same composed demeanor I adopt while dealing with all such irrational complaints-- one cannot win in these situations through either aggression or submission. Neutrality is the key.

Upon first glimpse, perceptions start forming in my head. I can immediately tell that they're upper middle class ego-centric men whose intentions are by no means genuine or real.

"Gentleman, how can I help you?", I say, in my most polite voice.

"We ordered pork and you are serving us chicken. This is bullshit. You are cheating us!", shouts the baldest of the three men.

I continue in the my same calm tone. "I'm sorry you are upset, sir, but I must disagree. That is definitely pork. I have no reason to serve you chicken instead."

"This is not the first time we are eating pork. This is fucking chicken! Prove it to me that its pork."

Trying not to laugh, I retort, " Okay, you can come inside the kitchen and take a look for yourself or I can bring out the raw pork meat for you to see."

"If you weren't happy with the dish, why did you order a second portion?", I rhetorically quipp.

"BHENCHOD! Who are you tell us what to order?! We will do anything we want!"

At this point, I start getting a bit frustrated. My urge is to run in to the kitchen, bring out the entire pork shoulder and slap him on the face with it yelling, "Believe me now?!" Instead, I walk away with a semi-purposeful smile pissing them off even more. I didn't really win this argument but I made sure they paid the bill before we kicked them out.

Situations like these are not very rare in my world. I understand that some complaints may be genuine and others may be just a matter of guest preference. But most often, they are baseless.

When a lady finds a strand of henna-brown hair on her pasta, erupts in anger and wants the dish comped or replaced, she knows that it is very obviously her own.  It makes me want to march my entire kitchen team in front of her and personally take out their chef caps demonstrating how none of them have a matching hair type--but I don't.  I do however go out to the dining room and explain to her that it could't possibly be from the restaurant staff. Some of these 'fights' I win, and some I lose (only because I wouldn't want the situation elevated to a level of hostility), but I'm at least trying.

Whoever coined the phrase "The customer is always right" ruined the chances of a peaceful working environment for all us chefs. And it is about time we stand up for ourselves and start challenging these oddities. Because sometimes, customers are just plain wrong!