Saint-Malo, Brittany: Fortress on the Sea


Having conquered Paris, I set out to explore the rest of France. Like in Italy, the plan was to visit at least one town or city in each region known for having its own unique style of cuisine. While my route in Italy was mostly linear and easy to navigate, France was a bit more of a challenge owing to its hexagonal anatomy.

I decided to begin in Brittany in the north western tip of the country and then work my way clock-wise through Normandy, Champagne, Alsace, Burgundy, Rhone-Alps, Provence, Acquitaine and the French Basque country, collectively clocking a distance of nearly 3000 kilometers in three weeks.

Of the several options I had in Brittany, I picked Saint-Malo mainly because of my affinity for the sea. Saint-Malo was unlike other fishing ports I had previously visited on this trip. In fact, it was unlike anything I’d ever seen before.

Jutting out ever so slightly into the sea, this walled fortress city with its medieval charm was remarkably easy to fall in love with. There was an unmistakable smell of fresh oysters permeating the air and the beaches surrounding the city were so flat that I could tread several hundred meters inwards during low tide. 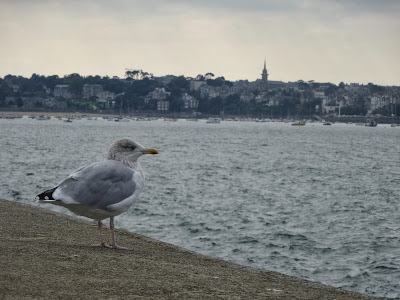 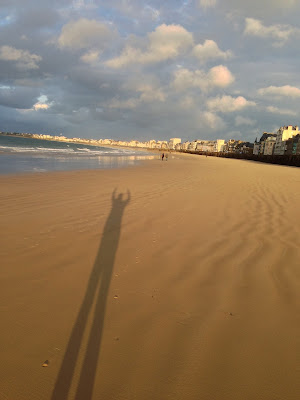 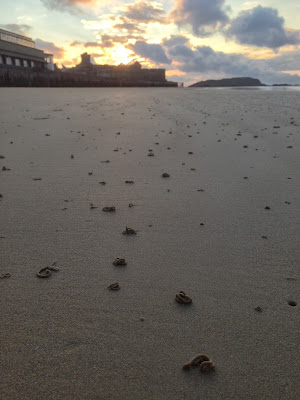 Culinarily speaking, nothing symbolizes Brittany like the crepe does. It is soft, chewy, sweet, and often downright delicious. The dainty crepe's older but lesser known brother is the savory galette, made with buckwheat flour and folded with a plethora of fillings. Traditionally, leftover crepe batter would be baked into a sweet flan known as Far. Nowadays, it is made from scratch, often spiked with rum and topped with raisins or prunes.

Brittany offers an abundance of other delicacies as well. Thanks to a vast coastline, seafood especially shellfish is quite popular here. The cotirade is a nourishing fish stew which starts with potatoes, onion, garlic and leeks with the addition of mackerel, sardines, mussels, crab and shrimp amongst other things.

The region also boasts of having excellent salt marshes, most notably the one in Guérande. This coupled with a flourishing dairy industry (33% of all French butter is from Brittany) fosters the production of some of the finest butter in the world.

Salted butter is a vital ingredient in Breton cuisine and finds prominence in everything including pastries and desserts. Perhaps my favorite of such Breton foods is the deliciously crunchy, puff-like pastry aptly named kouign amann (Breton for butter cake). The outrageous quantity of salted butter used in the recipe makes it extremely addictive.

My last meal in Saint Malo was dinner at a small ten-table restaurant called Bouche en Folie situated within the walls of the citadel. I ordered a tripe sausage called andouille as an appetizer and a local fish lotte which was served with a raisin custard. The meal was sublime.

I had chosen this place after an hour of walking around trying to decide from the plentiful options for great dining. I happened to sit next to a table of two American couples from Seattle and we soon struck up a conversation. When I described my trip, they immediately invited me to join their table. One of the men was Thierry, a 60 year old chef with French roots who after forty years of working in restaurants started his own catering business in Seattle.

He seemed so happy and proud to meet a passionate young chef who was chasing his dream. He assured me that I was doing something great and gave me strength to continue despite the effort, sacrifices and the loneliness. It struck me that like the three girls I bumped into in Florence, he was one of the many guardian angels I'd been coming across at various points of my journey.

The Americans paid for my meal but they did so discreetly. When I tried to convince them that they shouldn't have, Thierry's wife Linda softly said to me, "We wanted to, and we know you'll pay it forward".

Do
Explore the entire city on foot in a few hours
Stroll the beach at sunset
Posted by ChefTZac at 9:14 AM